From a BBC article on 10th November 2016, looks like young people get a lot more than just fun out of Scouting…

Hi, I’m Sophie an Explorer Scout at 2nd Bracknell and I am going to the 23rd World Scout Jamboree in Japan next year, I am looking to raise funds to pay for my trip and invite all Scouts and Explorers together with their friends to a board games day at the Scout Hut during half term on 28th October from 11am to 3pm. Its £8/person including a bacon buttie, plus I am running a tuck shop, so please bring your pennies.

Some of the games available to play are Dungeons and Dragons, Ticket to Ride, Carcassone, Lord of the Rings and Stone Age.

If you wish to attend please email sophierjambo@gmail.com, looking forward to seeing you there

You may remember a weekend when it didn’t rain…?

Well, the Group Sponsored Walk on the 20th October which looked like being a wet affair was extremely successful and we managed to stay dry..!! The results are in and after an absolutely fantastic effort through sponsorship 22 Young People raised the Grand sum of £718…!!


Next Time it would be great to see many more of you….!!

Yesterday, 2nd Bracknell helped customers with bag packing at Morrisons (at the Peel Centre). This was a great opportunity to raise funds (£295) and a number of members attended, as follows:

Along with the following adults:

Our sincere thanks go to all who attended, especially the adults who turned out at such short notice and to Mr Prower (our GSL) who stood outside the store for the entire time we were there (09:30-15:00), than went in and did the shopping as text’d to him while he was standing outside!

Our thanks also go to Morrisons for allowing us to raise funds at their store, without whom we could not have achieved this.

26 teams of Explorers from the South of England arrived in London on the 3rd March to take part in the Monopoly Challenge 2012. 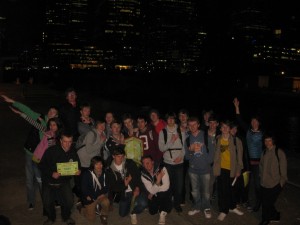 Pictured are the four teams of Olympian Explorers from 2nd Bracknell who walked (or jogged) and rode on public transport to race around the monopoly locations of our capital city, buying property and completing a quiz as they went. They gathered at the end of the day aboard The Lord Amory in the docklands for a well deserved meal and competition results. They were delighted when positive attitude, great team work and dedication paid off as the teams came 10th, 9th, 3rd and 1st in the competition.

See your sections programme or My.SCOUT events for details and section specific events.