Sorting out my old video collection the other day I can across a film that I used to love.  It is a film about an American football team, the Titans, the film is aptly named ‘Remember the Titans’.  It was a film about a sports team who worked to overcome racial intolerance; they were a mixture of white and black players in late 60’s.  So what has this got to do with Cubs?

At the end of last term the Cubs leaders decided a joint meeting would be a good idea.  Something fun, something out of doors rain or sunshine, and something everyone could participate in?  Not too much to consider remembering Staggs meet on a Tuesday and Wolves and Foxes on a Thursday. 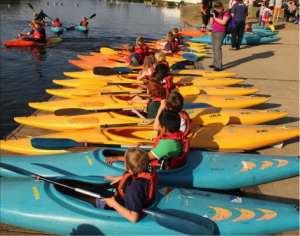 Though it did give Baloo a nightmare in group allocation and form collecting so a big ‘Thank you’ to him and all his effort and time to make the kayaking run smoothly.

The Cubs had loads of fun, some came out of the kayaking looking like they had fallen in, some did fall in, and some stayed dry.  So what has this got to do with an old American football team film? 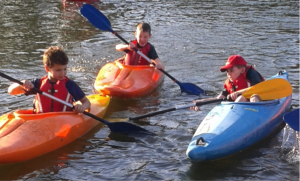 Just like in the film, sport united the Cubs; they had to work with Cubs they may not know, it taught tolerance, communication, fairness and helped enhance physical coordination and strength.  It also united the Leaders and parents, working in a unit can sometime become insula, these joint meetings with a common activity are so important to the Cubs, Parents and Leaders alike. 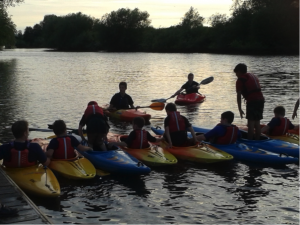